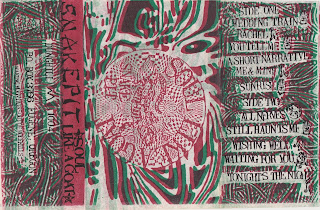 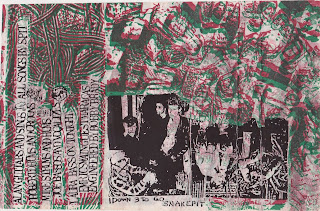 Barely know where to start with this one. Snakepit were one of Eugene's finest bands. John O'Neil talked me into forking over $3.00 to purchase this back in '85 never having heard the band. This tape, along with the first two Johnson Unit tapes and the lone Moose Lodge cassette began my obsession with obtaining every Eugene demo possible. To this day, I don't understand how Snakepit failed to become absolutely huge. The music speaks for itself and I'm eternally grateful to Mike Johnson for allowing me to share this with you. 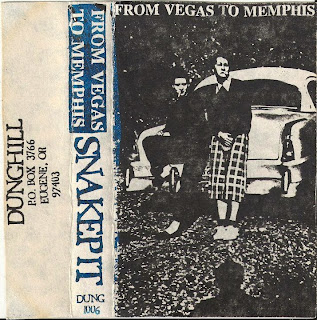 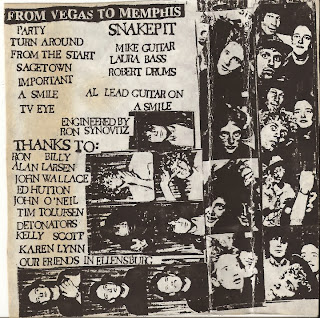 This second cassette only release came out in '87 and was engineered by Ron Synovitz who was also kind enough to re-master it! This is the first time the recording has been available here and it's long overdue. Billy Karren was on the verge of joining the band and actually played on some of the live material that filled out the side but the studio tracks are just Mike, Robert & Laura. Hopefully I can get Ron to share some stories about this recording, will update accordingly. 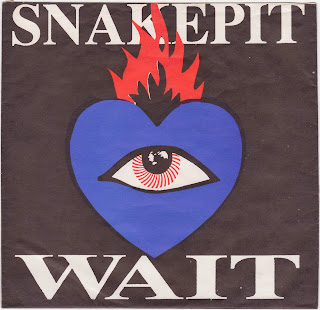 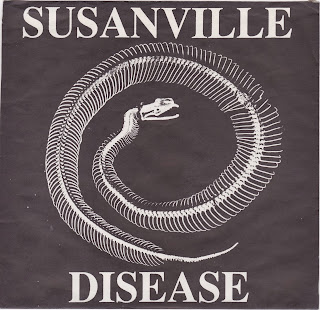 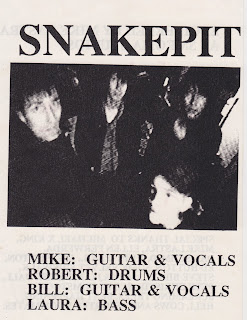 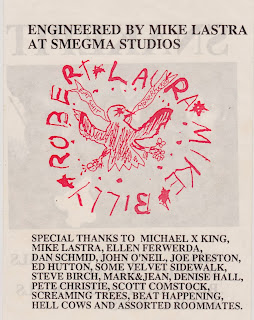 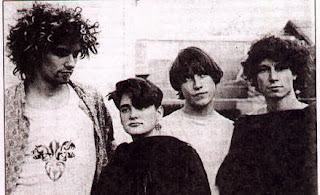 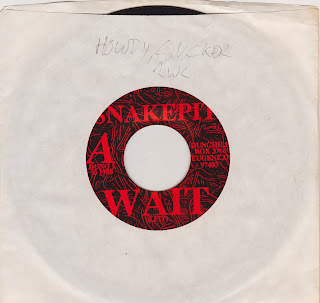 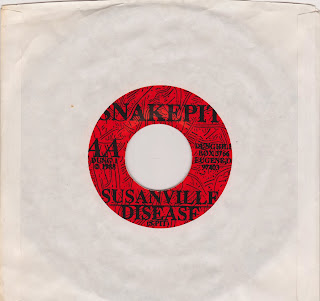 At long last, here is the first Snakepit single! The band had previously released two cassettes (Soul Like a Goat, already posted on this blog and From Vegas to Memphis, coming soon) but his was the first time the band had committed anything to vinyl. The tracks were recorded in '88 at Smegma in Portland with Mike Lastra. I heard many years ago that they recorded 7 tracks at the session but the 4 posted here are all I have. If anyone can confirm that additional tracks were recorded please email me, especially if you have the songs! Don't feel like I need to type much about this record, it speaks for itself and you should have already clicked the download link before you even read this far. 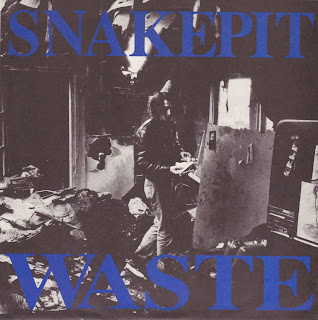 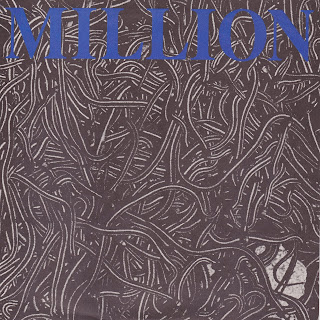 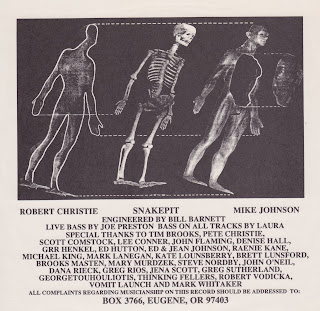 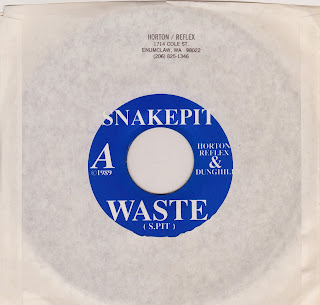 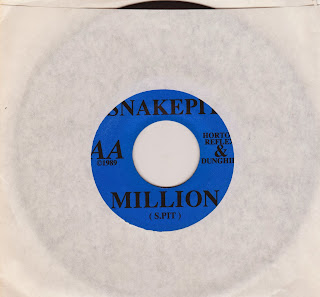 This was the final release by Snakepit although it was not the last material they recorded. Released in 1990 by Dunghill I can't even remember if the band was still playing live at the time with Joe Preston on bass. The front cover is an ominous photo of Robert walking in his burned down apartment at 951 Patterson. The night the place burned Snakepit was supposed to be playing a show at the EMU Dining Hall, it would have been the first time they'd played Eugene in months. The tracks on this post were all recorded at Gung Ho and it's strange to hear the band in the kind of clarity that Gung Ho provides. I wish they'd recorded many many albums but after this there was only the unreleased Eeyore. 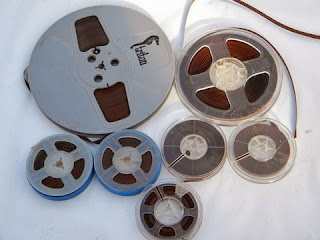 This unreleased album was the last studio stuff Snakepit recorded. I believe this was all done at Gung-Ho Studios in 1989 and I'm not sure if Laura was still around to play bass on these tracks, I think it was just Mike and Robert by this point. Not much to say, this should have come out over 20 years ago but for a variety of reasons, that never happened. When I asked Mike's permission to post this, he said sure although he couldn't "imagine that anyone would want to hear it." Please let him know he was wrong about that in the comments. Many of these songs later appeared in different form on Mike's solo albums, I guess that makes this sort of like Snakepit's V.U. or Another View?