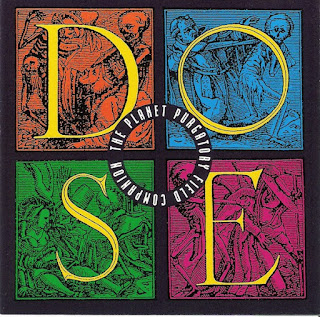 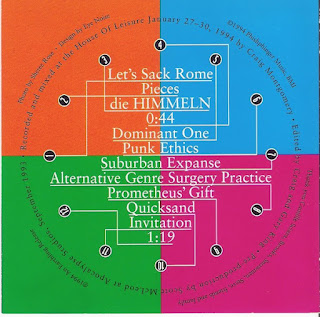 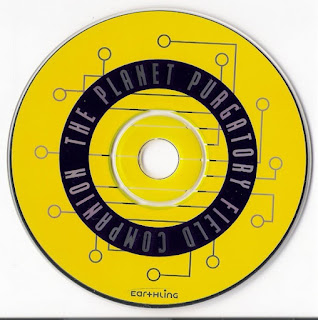 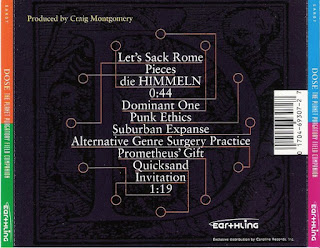 Collin Ross - Drums
Dose's first and only officially released full-length effort. I believe a second album was recorded and never released although tapes do still apparently exist (am I right JD?). I didn't know the Dose guys despite having lived across an alley from Rob for a time back in the early 90's so I don't know too much about the history of the band. Can anyone help out? 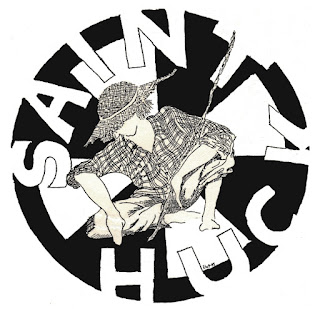 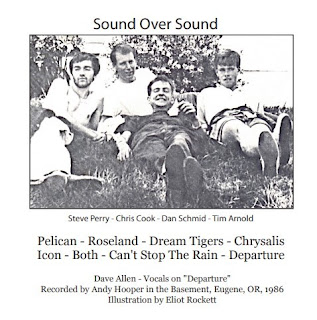 Steve Perry - Guitar/Vocals
Chris Cook - Accordion
Dan Schmid - Bass
Tim Arnold - Drums
This is another recording that should have been posted years ago because Tim sent it to me years ago. At long last here is the unreleased (?) e.p. by Saint Huck recorded back in 1986. Two of the tracks did appear on the Panic On 13th compilation cassette shortly after they were recorded but as far as I know nothing else ever saw the light of day. No idea why. Dan? Tim? Steve? Chris? I remember seeing them at the W.O.W. hall in 1985 or so when Dave Allen was the full time singer (I think?). As always, please leave any background/historical details in the comments and maybe in five to ten years I'll update the post. As everyone knows, Steve, Dan & Tim continued on together in the Cherry Poppin' Daddies just three years later. The two bonus tracks are sourced from a cassette John O'Neil made for me in 1987. I've heard there are other tracks that were recorded but I've never been in possession of them. Anyone?
Sound Over Sound (1986)
1. Pelican
2. Roseland
3. Dream Tigers
4. Chrysalis
5. Icon
6. Both
7. Can't Stop The Rain
8. Departure
9. Bonus Track, Title Unknown
10. Sleepwalker (?), Actual Title Unknown
DOWNLOAD HERE 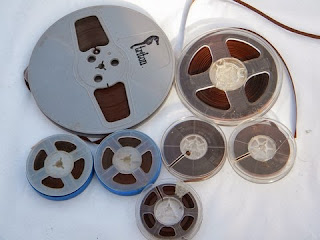 Gayle Truax - Vocals
George Khier - Vocals & GuitarJohn - BassTim Erickson - DrumsPeter Weinberger - Guitar
The personnel here is a bit of a guess. Anyone from the Pearl Divers care to comment? These demos are unreleased and sat around on a cassette in Gayle's garage until she unearthed them and sent them to me to transfer to the digital realm. You can find their two released records here  I think these demos were recorded in 1993 but again, a total guess.
Pearl Divers - Unreleased Demos (1993?)
1. Falling
2. Not Real
3. Whatcha Gonna Do?
4. Pyramid
5. When I Find Out
6. Nothing Doing
7. Happenings Ten Years Time Ago
DOWNLOAD HERE
Posted by Here's another thing I haven't listened to in 20 years... at 8:24 PM 0 comments 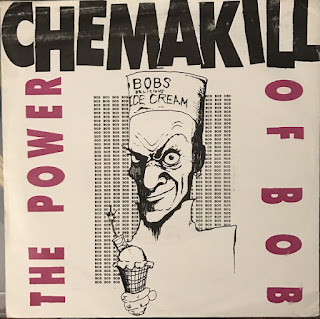 Rob - Guitar
Mike - Bass/Vocals
Randall (R.I.P.) - Drums
I believe this is the only vinyl release for Chemakill from 1991. There were two cassettes that preceded this, the 1990 Demo which you can find here and a self-titled cassette that came before that with a black and white cover. I haven't been able to track it down but I remember seeing it and that they thanked "the late great Ryan Smith" which I appreciated as he was the first punk I ever met. R.I.P. Ryan & Randall.
The Power of Bob (1991)
1. Foundations
2. Hatred
3. Catfish Mamma
4. There's A Better Way
DOWNLOAD HERE
Posted by Here's another thing I haven't listened to in 20 years... at 7:25 PM 1 comments 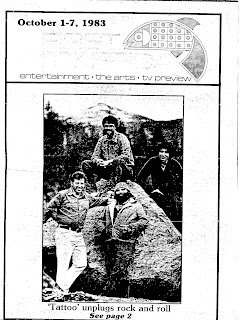 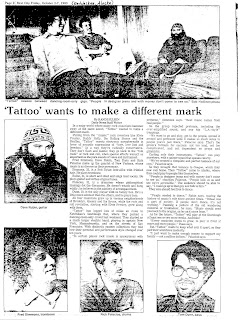 Dave Rubin - Guitar
Fred Simmons - Trombone
Todd Dunn - Bass
Rick Palacios - Drums
Would never have known these guys existed had Patrick Neve not posted a link to one of their songs on You Tube to the Panic FB page, thank you Patrick!  Everything I know about these guys is in the article posted above from an Alaska newspaper in 1983; evidently they toured. The band released two singles during their tenure and it would shock me if there wasn't a cassette out there somewhere too.  The first single "Used To Keep Me Up All Night b/w Runaway Home" was released in 1978 making it the earliest recording this blog has been able to come up with so far. The second single "Wino (Oo My Baby Is A) b/w Never Did Nothin' That I Didn't Wanna Do" followed five years later in 1983. Patrick noted that the A side of this one sounded like a precursor to the Cherry Poppin' Daddies and I have to say I'd agree with him. It's in the energy rather than the instrumentation. Hope you enjoy! 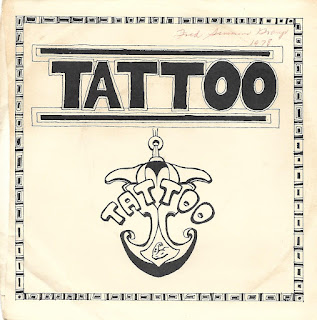 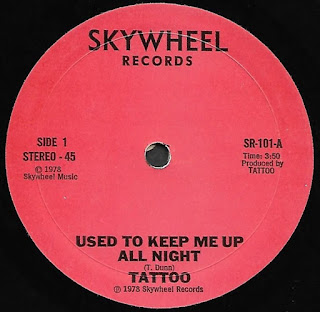 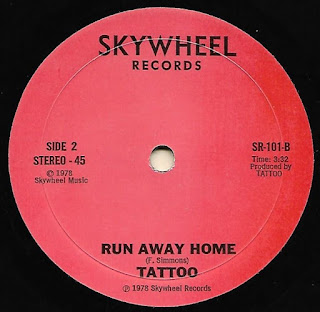 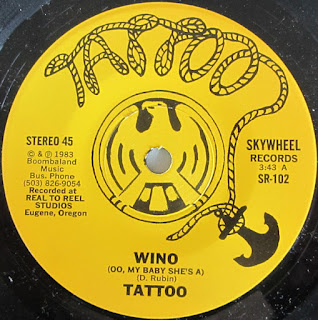 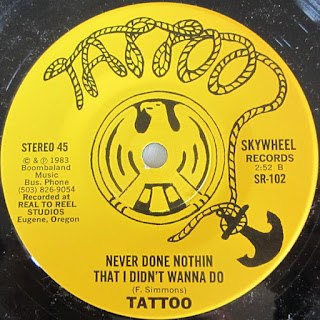 DOWNLOAD HERE
Posted by Here's another thing I haven't listened to in 20 years... at 11:15 AM 1 comments 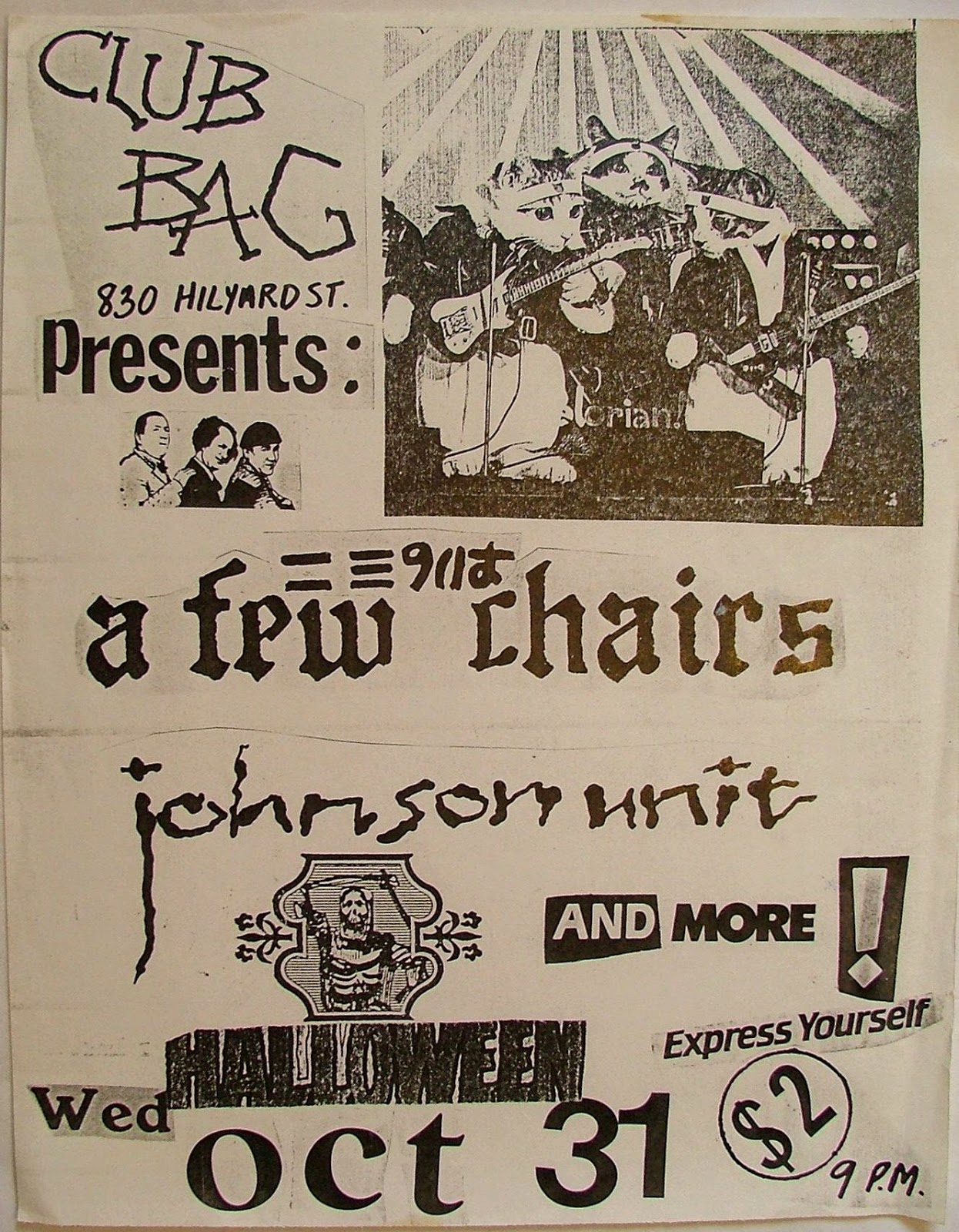 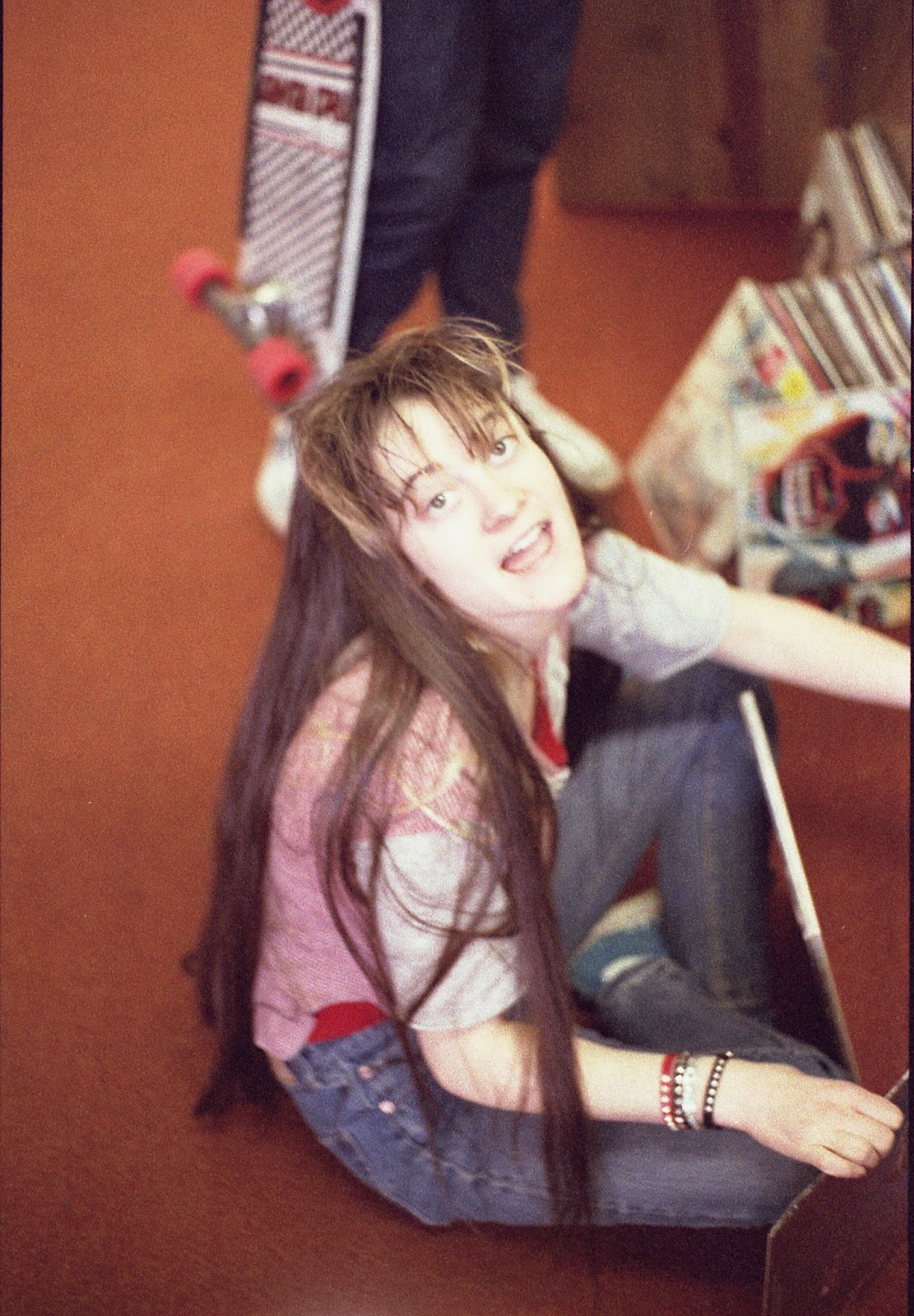 A Few Chairs were around in the mid-80's and re-emerged as Skeleton Closet at some point in the 90's too. This tape was officially released but I don't have a copy anymore and I don't think the cover is going to turn up anytime soon so I'm going with what I've got. Not having the cover also means I don't know many of the song titles, Mimi or Marty if you want to help out please do! I think this is from 1986. Got most of the track names, thanks Hans! 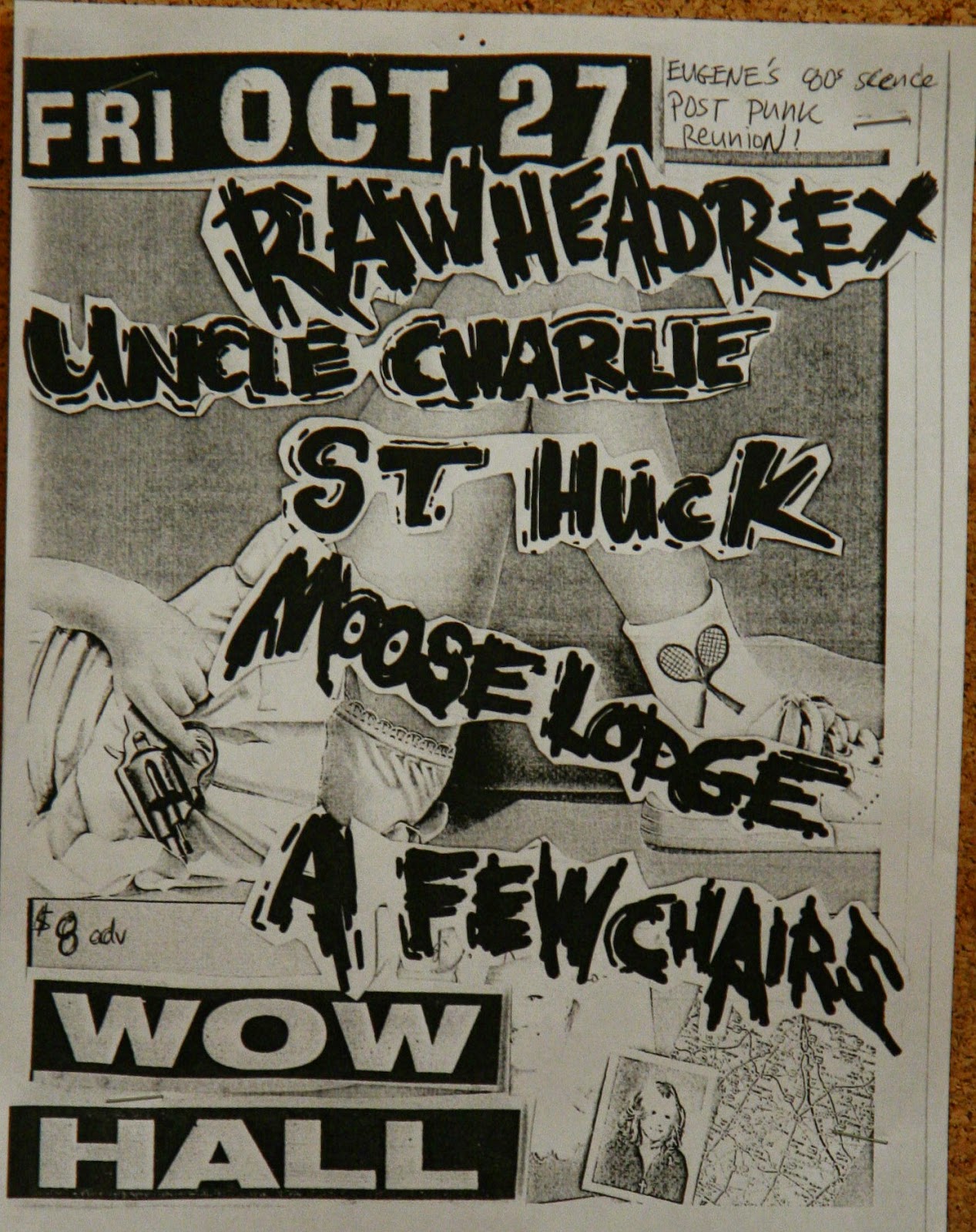 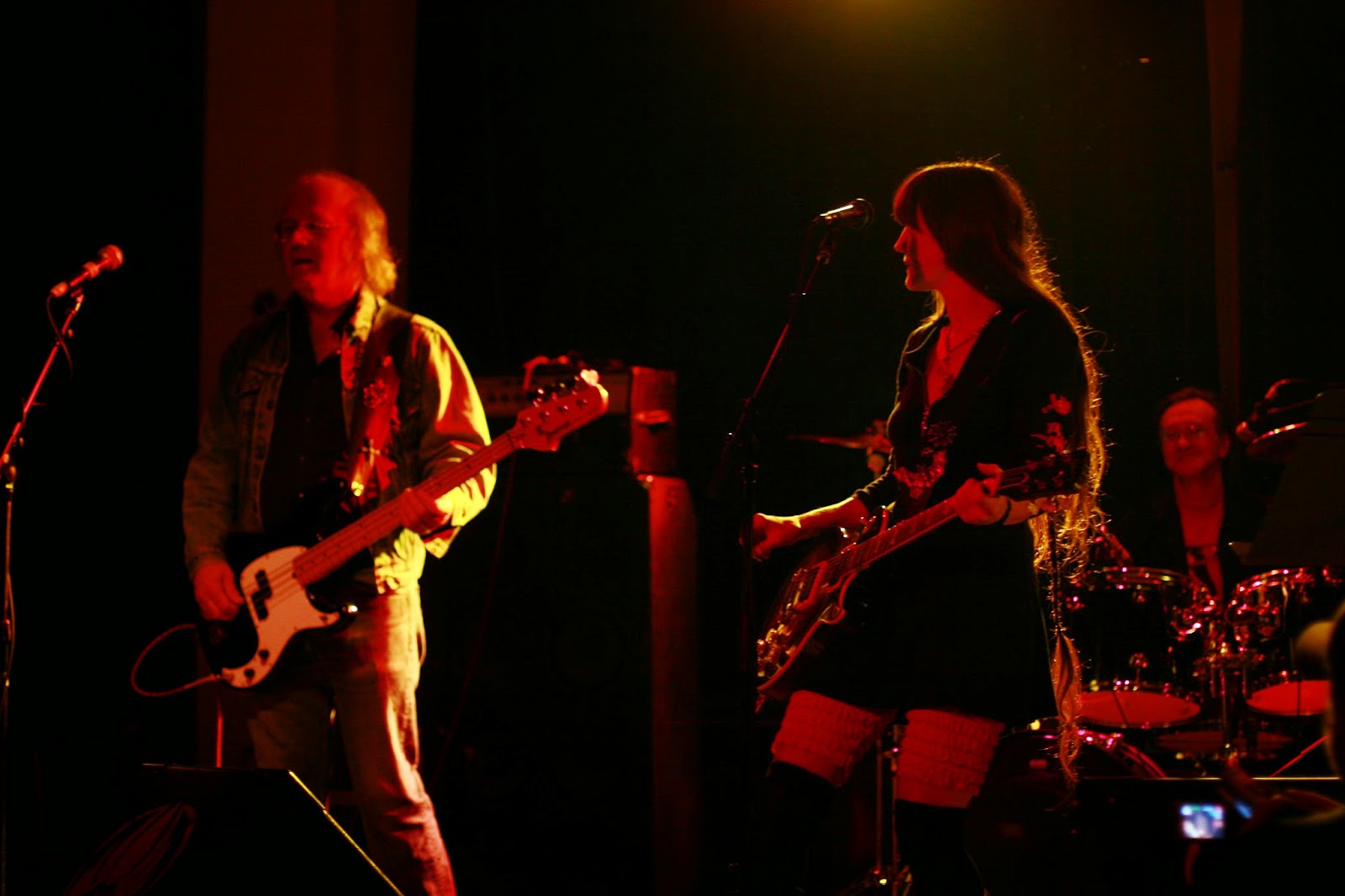 Panic on 13th Reunion Show, W.O.W. Hall, 10/27/2006
As many of you know, there was an attempt at a Eugene documentary in 2005-06 that was abandoned for reasons I was never quite clear on. One positive thing that came out of all of it was the reunion show.  I was given a pile of material collected for the project after it was abandoned and the blog was born in 2011. I procrastinate.

Download A Few Chairs Pictures from Panic on 13th Shoot 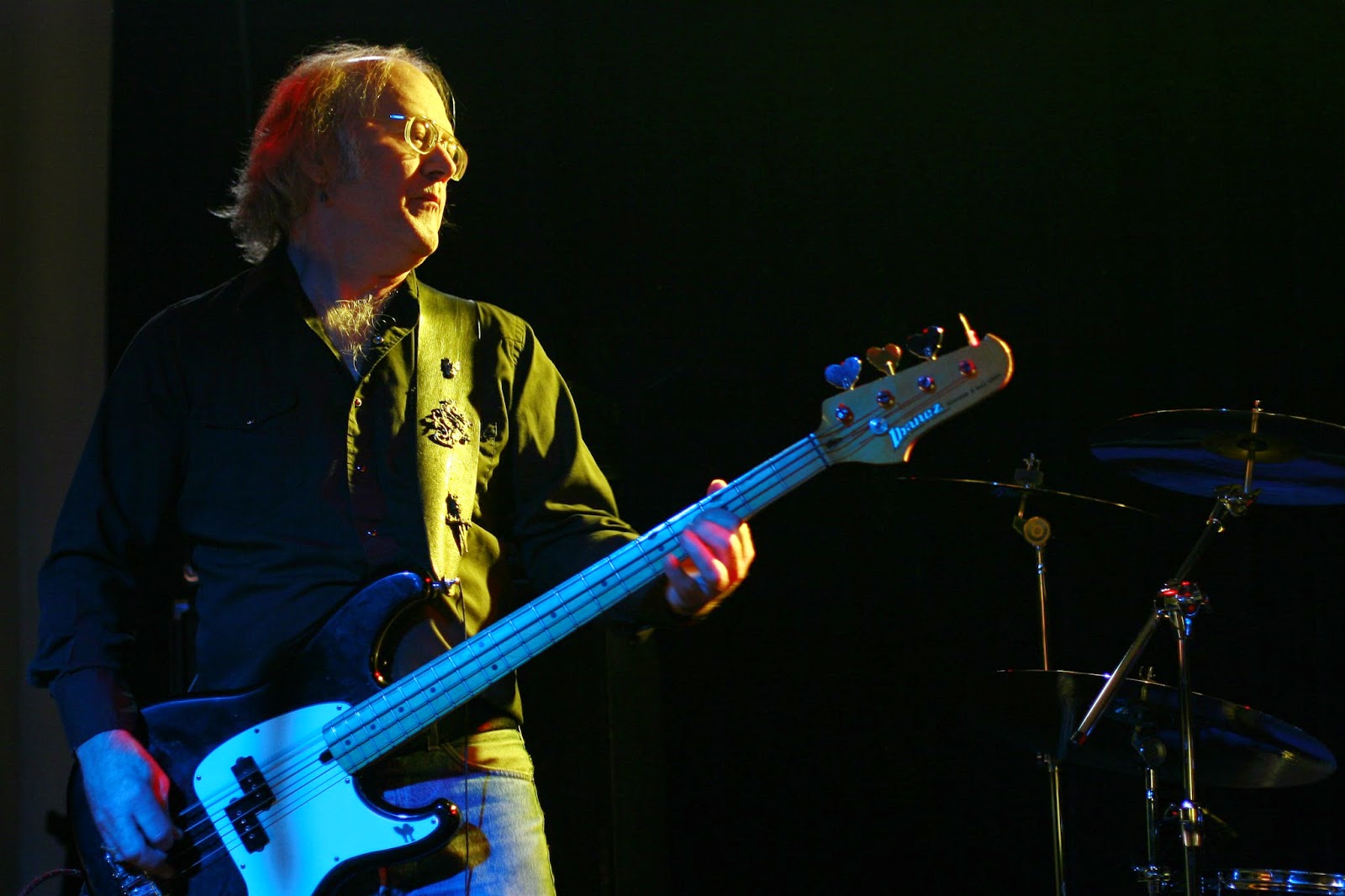 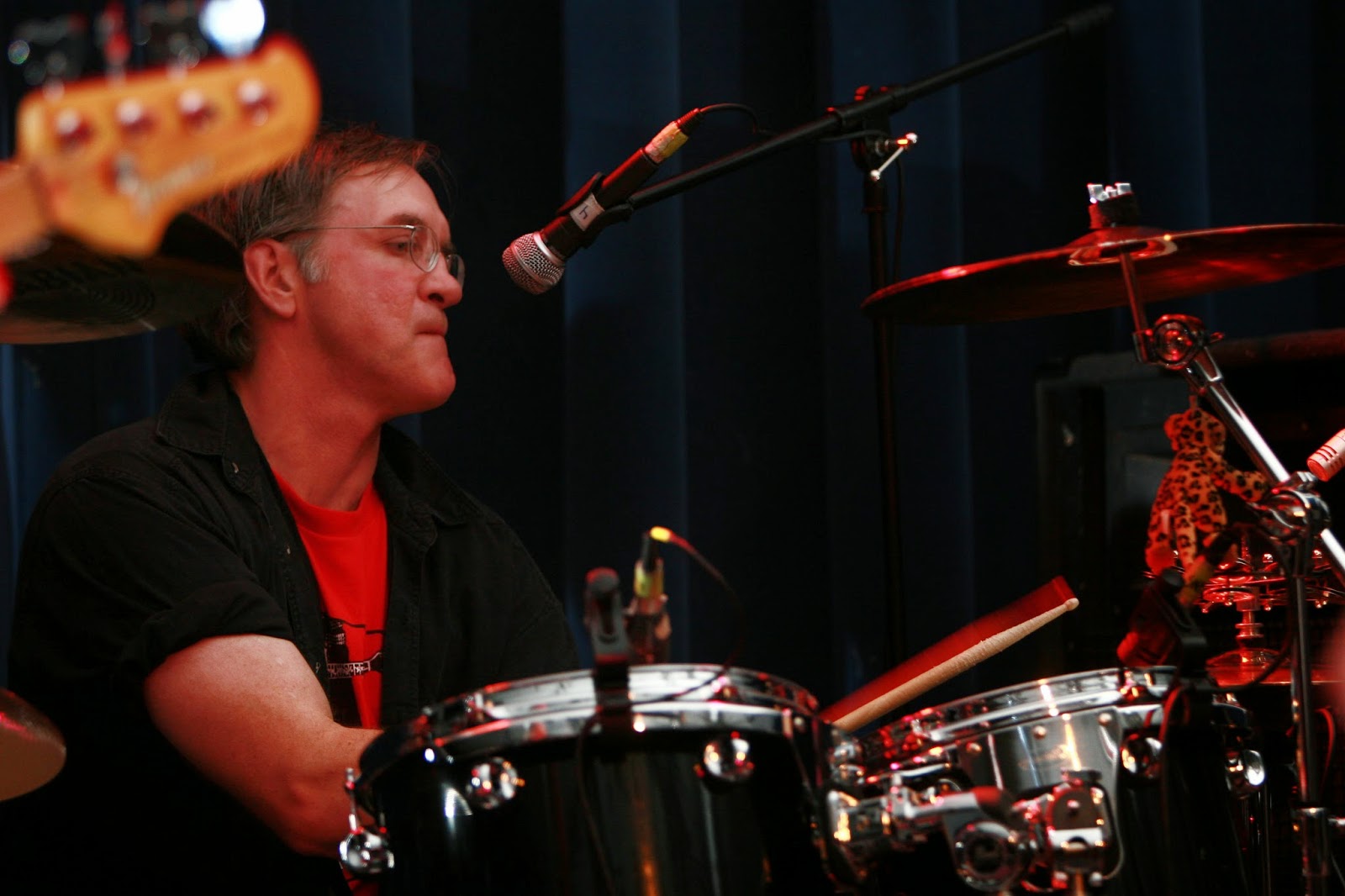 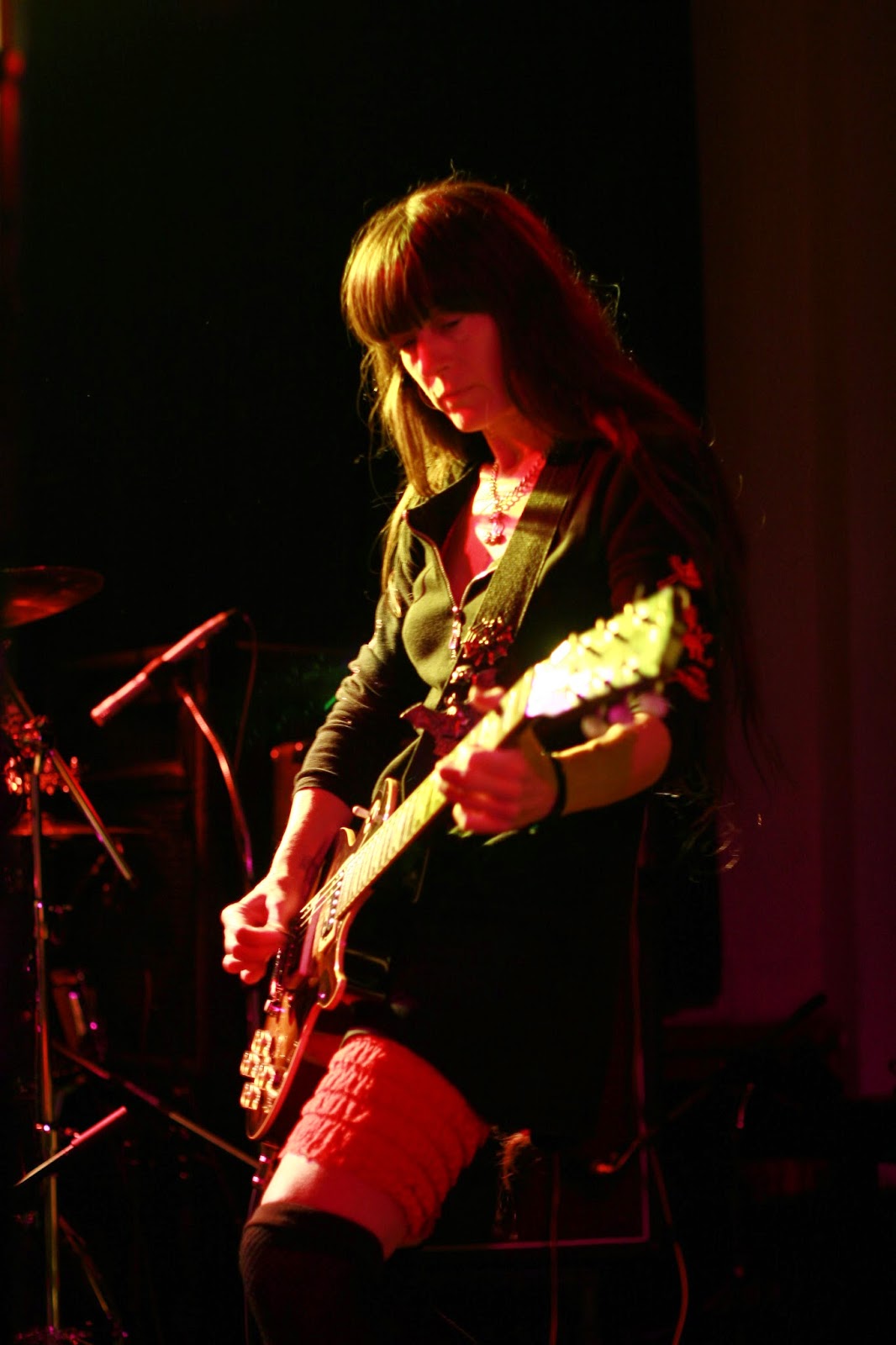 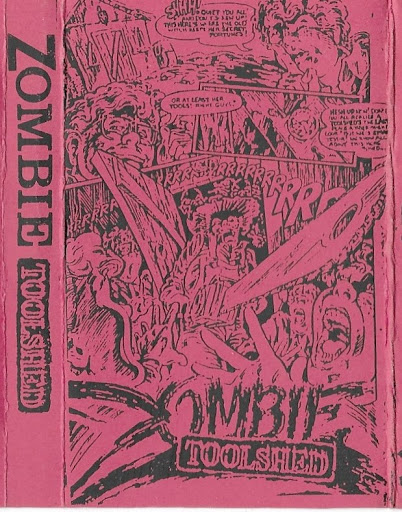 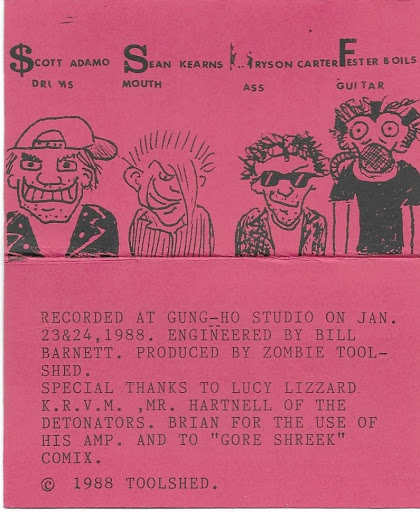 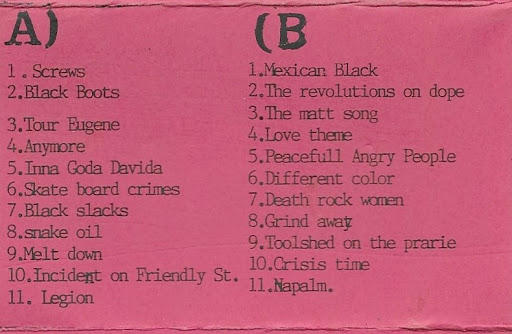 Thank you to whoever sent me these tracks a year or two ago. The cover took much longer to track down, thank you Ryan M.!!  This is another one that should have been up years ago but my copy was lost in a box years ago during one of many moves. My first band played with Zombie Toolshed once and they were much better than us which isn't really setting the bar high. What I mean to say is that Zombie Toolshed were a fun punk rock band, I don't know a lot about their history but I don't think they were around long, maybe a year or two?  All the other particulars are in the photos above, someone at the time should have released this as a full blown LP, it sounds great!
DOWNLOAD HERE
Posted by Here's another thing I haven't listened to in 20 years... at 2:29 PM 1 comments