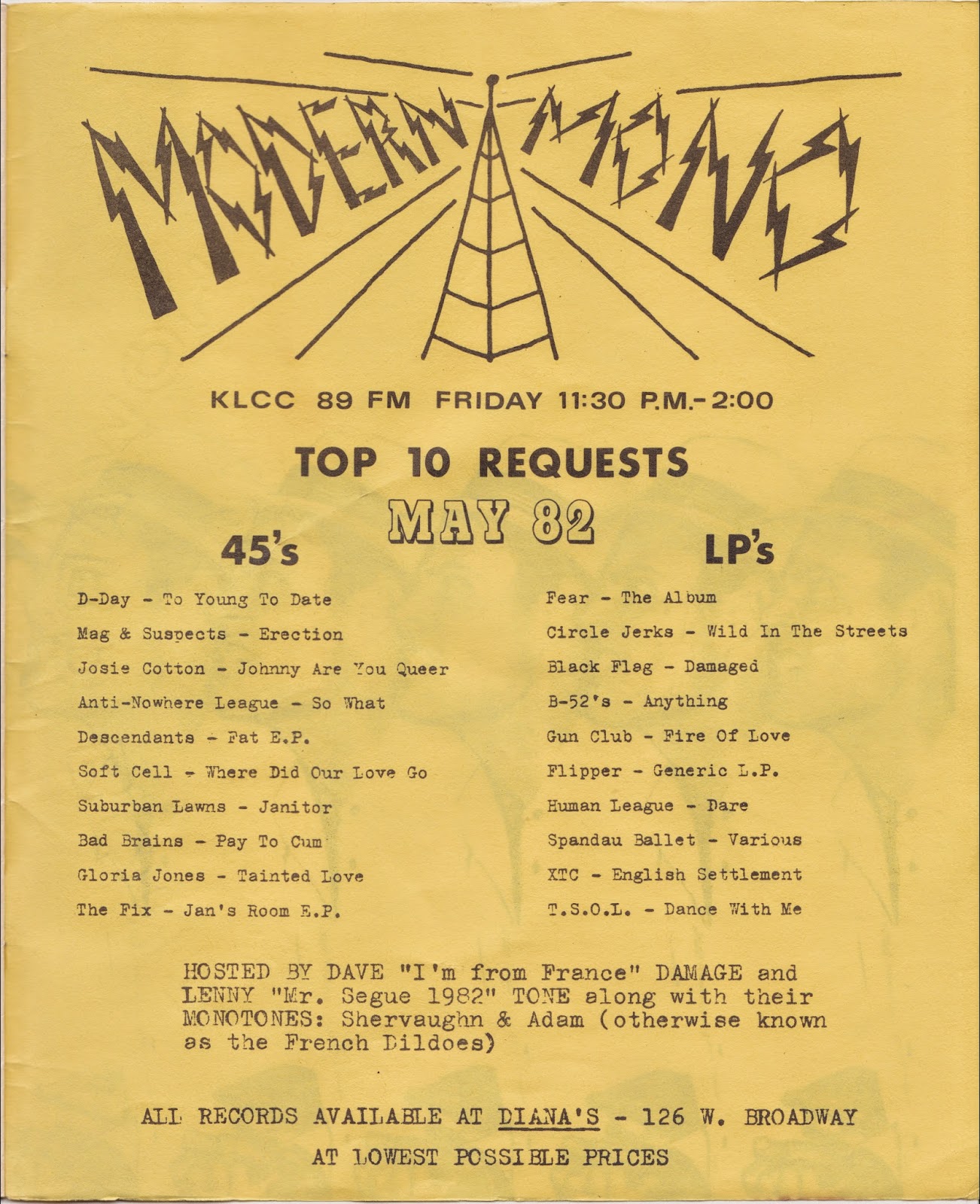 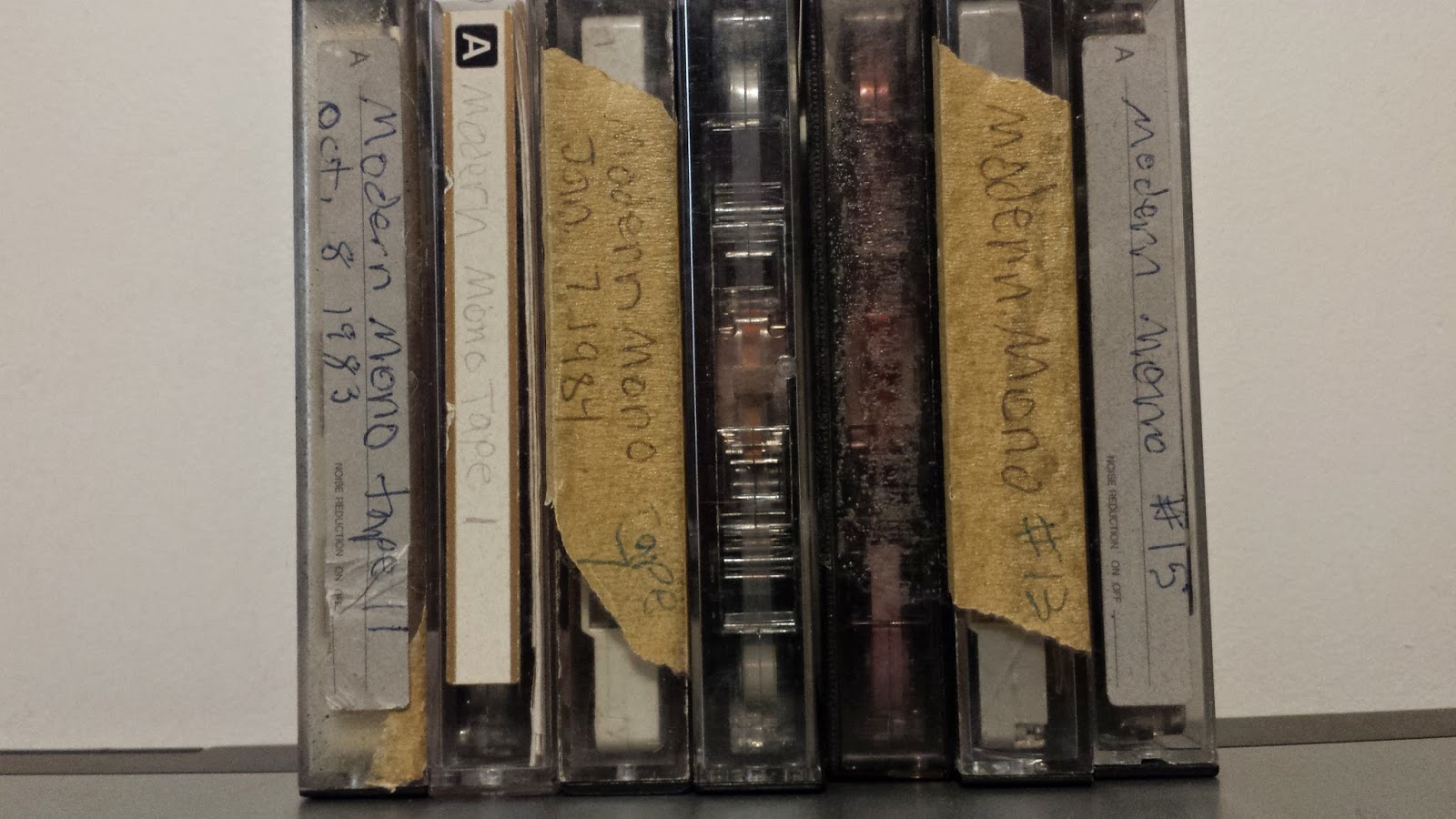 Way back in the ancient pre-internet times, you had to listen to the radio and hope against reason that they'd play something interesting that you hadn't heard before. In Eugene and the surrounding areas, there were three hours a week you could count on: KLCC's Modern Mono every Friday night from 11:30pm until 2:30am.

I don't know for sure but I believe the show was started by Lenny Goldberg aka Lenny Tone (visit his blog here) who was eventually joined by Dave Damage. Not sure when Lenny departed but Dave was doing the show by himself by the time I discovered it in late '82 as an impressionable 12 year old. Modern Mono played the first local music that I ever heard and broadened by musical horizons on a weekly basis. Dave eventually stopped doing the show and Lucy Kerley aka Lizzard started it back up on KRVM, I think that was sometime in '84 or early '85?

I managed to hold onto a few tapes of the show during the Dave Damage period but it depresses me to know that at one point I had 30 or 40 hours worth and this is fewer than 10. I did manage to contact Dave directly, he saved a few shows but they are with his brother. We're working on a way for the tapes to find their way to me so I can digitize and add more shows to this page but this project has been brewing for a long time so what I've digitized below may be all that survives:

DOWNLOAD KLCC's Modern Mono with Dave Damage (all shows)
Posted by Here's another thing I haven't listened to in 20 years... at 9:31 PM