Some Velvet Sidewalk - From Playground 'til Now (1988, Cassette Only) 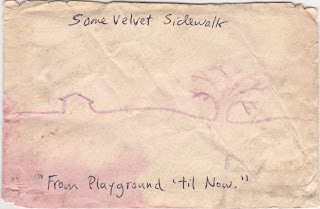 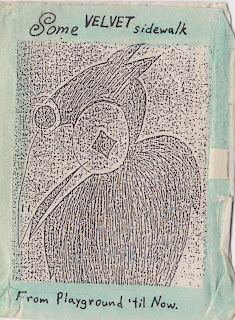 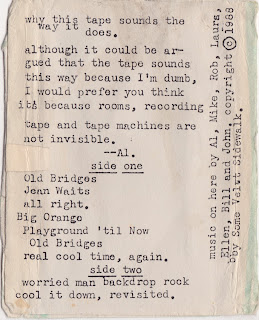 Al Larson started Some Velvet Sidewalk after he left Snakepit. When Some Velvet Sidewalk resided in Eugene, the entire band was just Al and Robert Christie although several others played on this tape as well. Many singles and full length LP's would follow this initial effort which impressed Calvin Johnson enough that the next release would be the "I Know" 7" e.p. on K Records. Big thanks to Al for allowing me to post this cassette which has been unavailable since it's initial release in 1988. Even when it came out copies were hard to come by as Al drew all the outer sleeves himself!

Al posted a video clip of Some Velvet Sidewalk playing on the rooftop of an office building in Eugene that I shot way back in '88 on You Tube, check it out here: