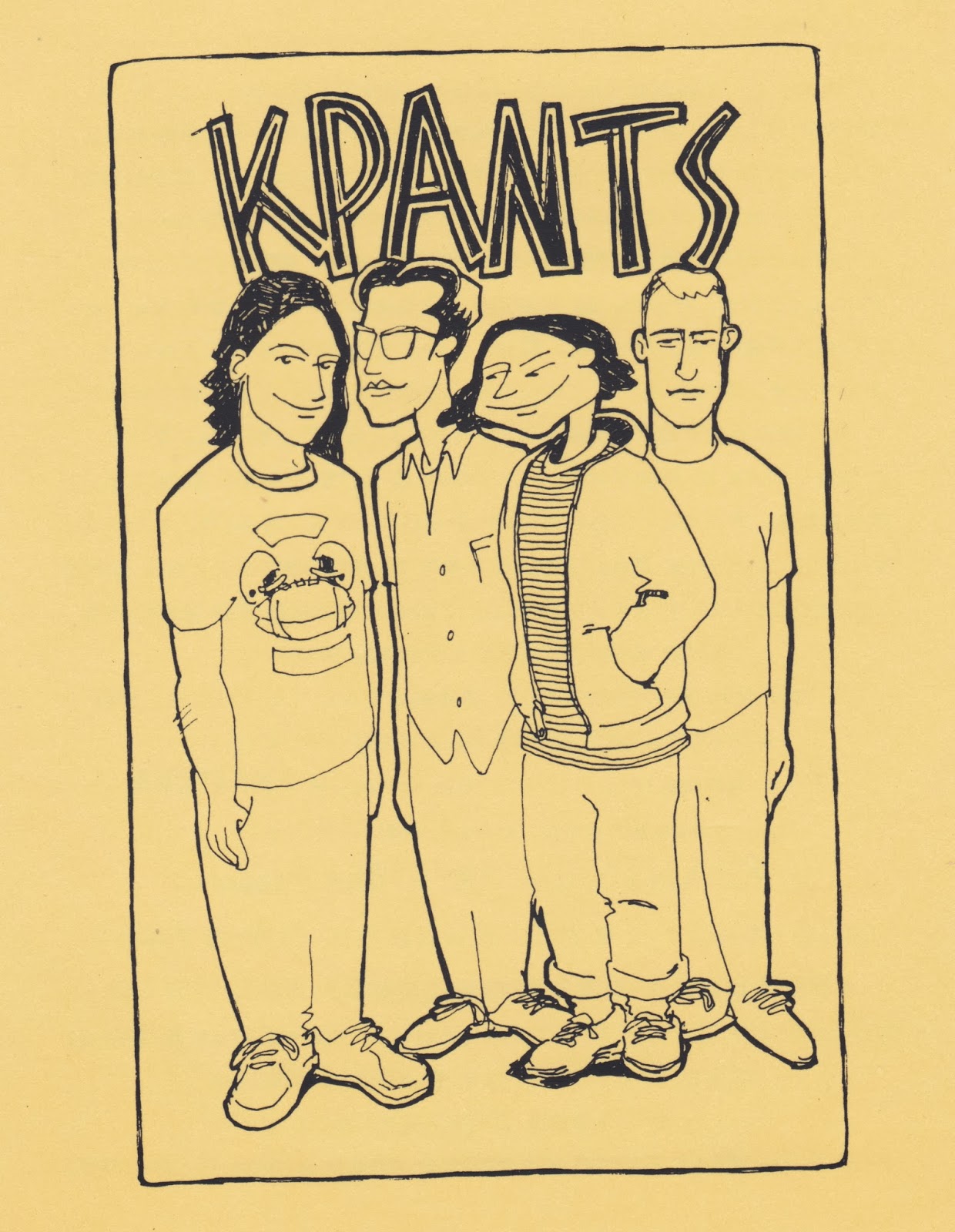 I think Kpants started as a result of the Pollen Count comp. cassette that Mike Healy put out back in 1992. Pinebox, Cory & Jer's band prior to Kpants appeared on the tape. Pinebox broke up not too long after that and Mike became the bassist and I don't know how they met Austin.  Anyway, the stuff posted below is the complete Kpants discography, everything they ever recorded, at least in a studio, never occurred to me to ask Mike if they ever 4-tracked anything. Still some research to do here. 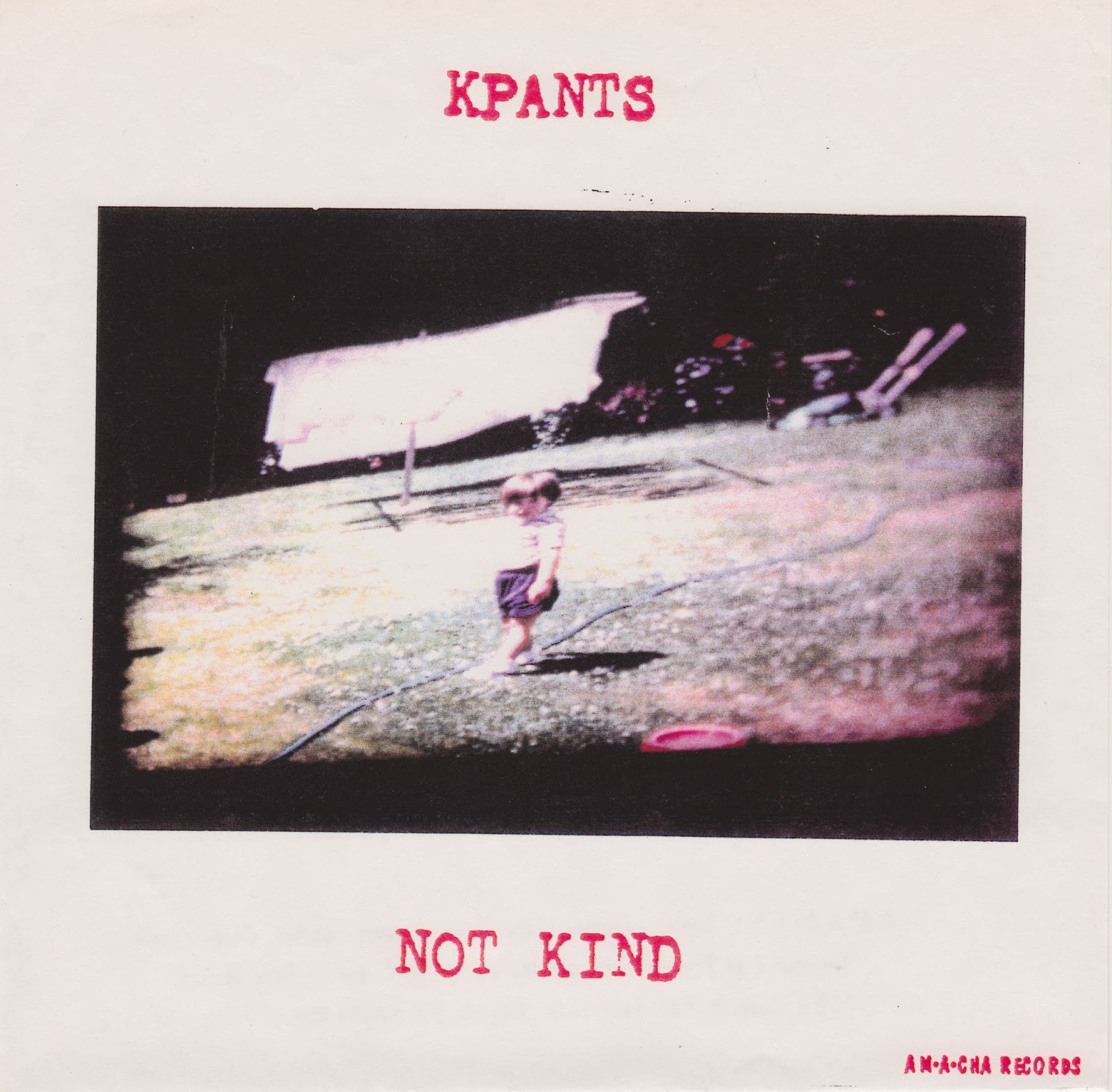 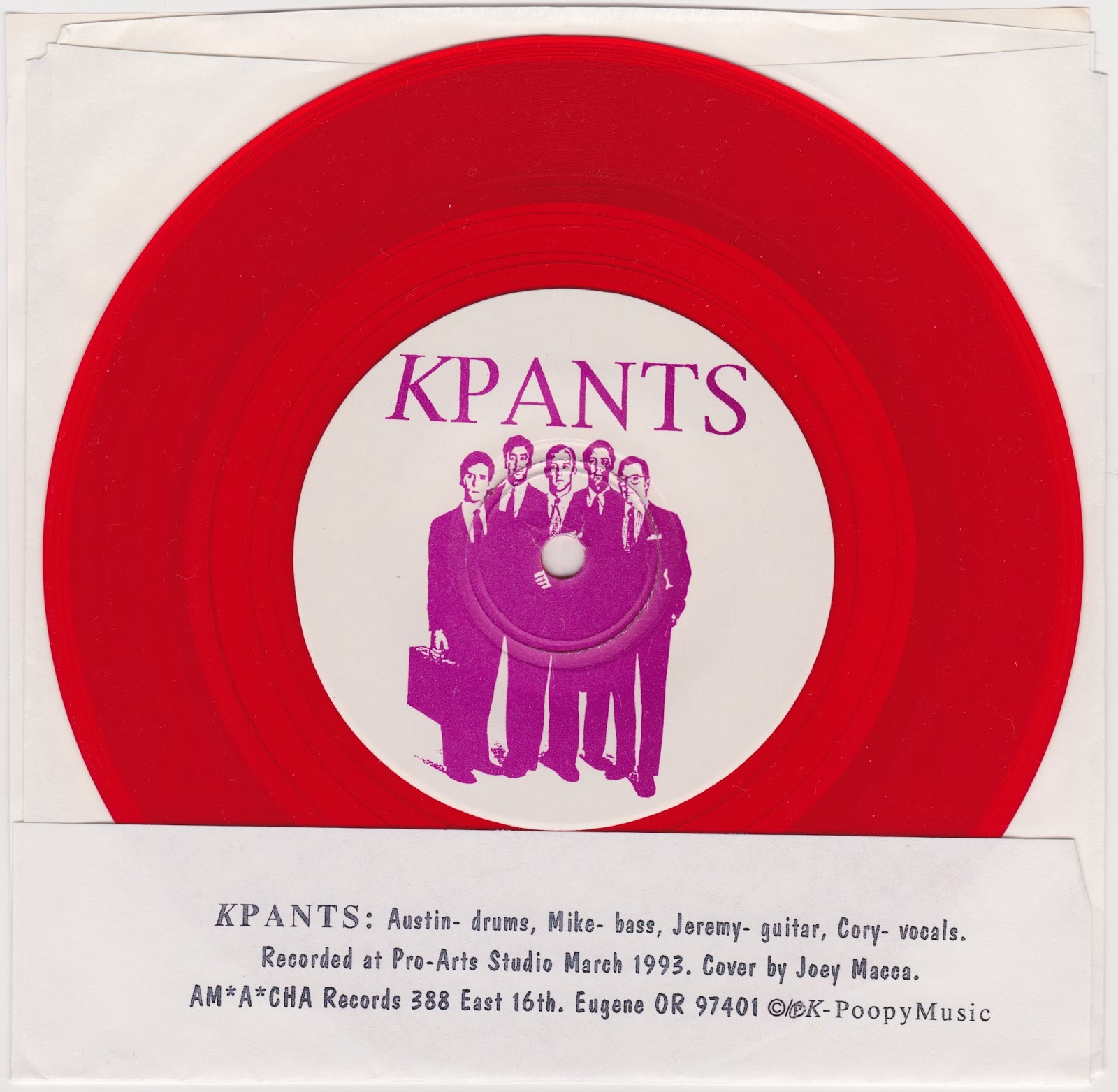 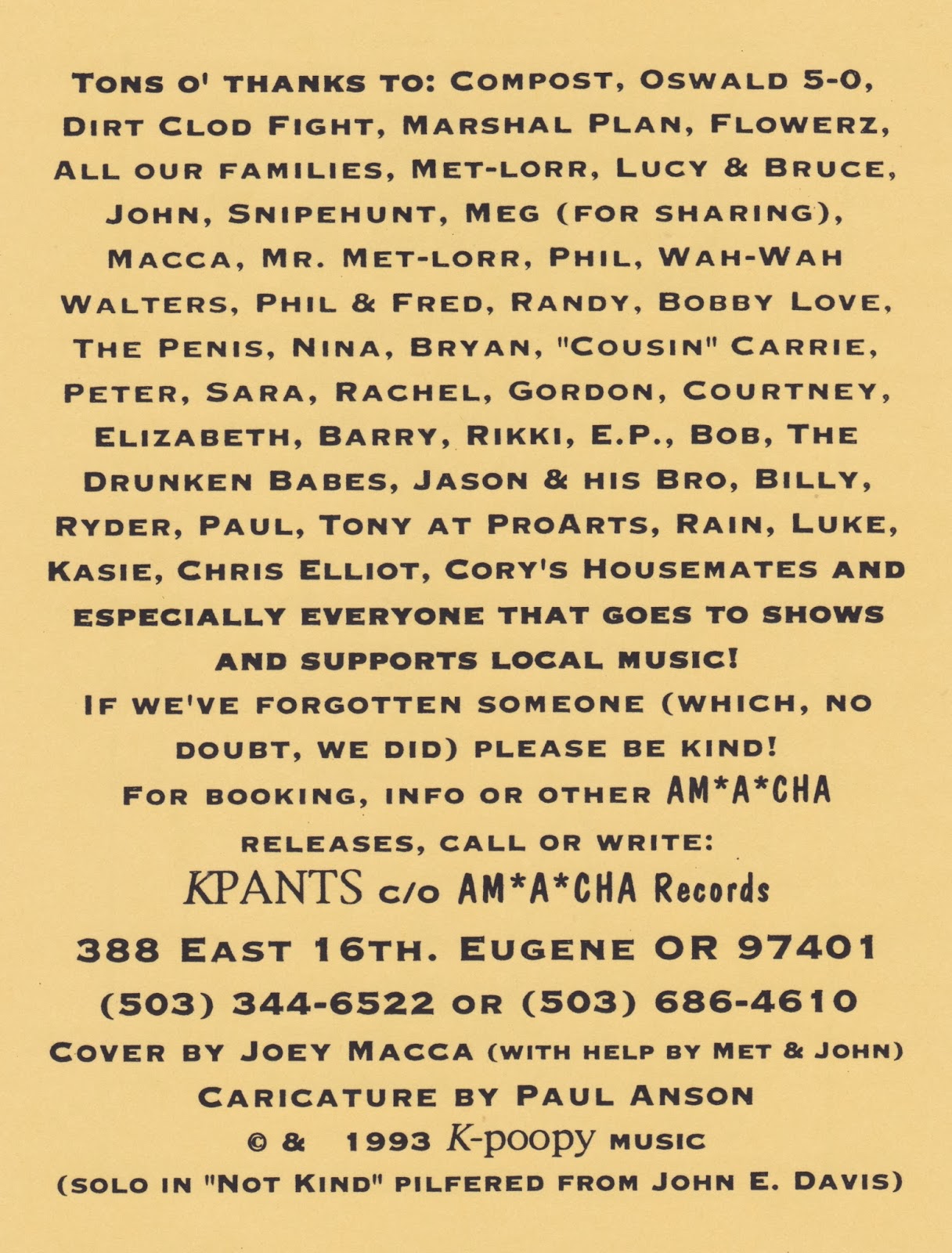 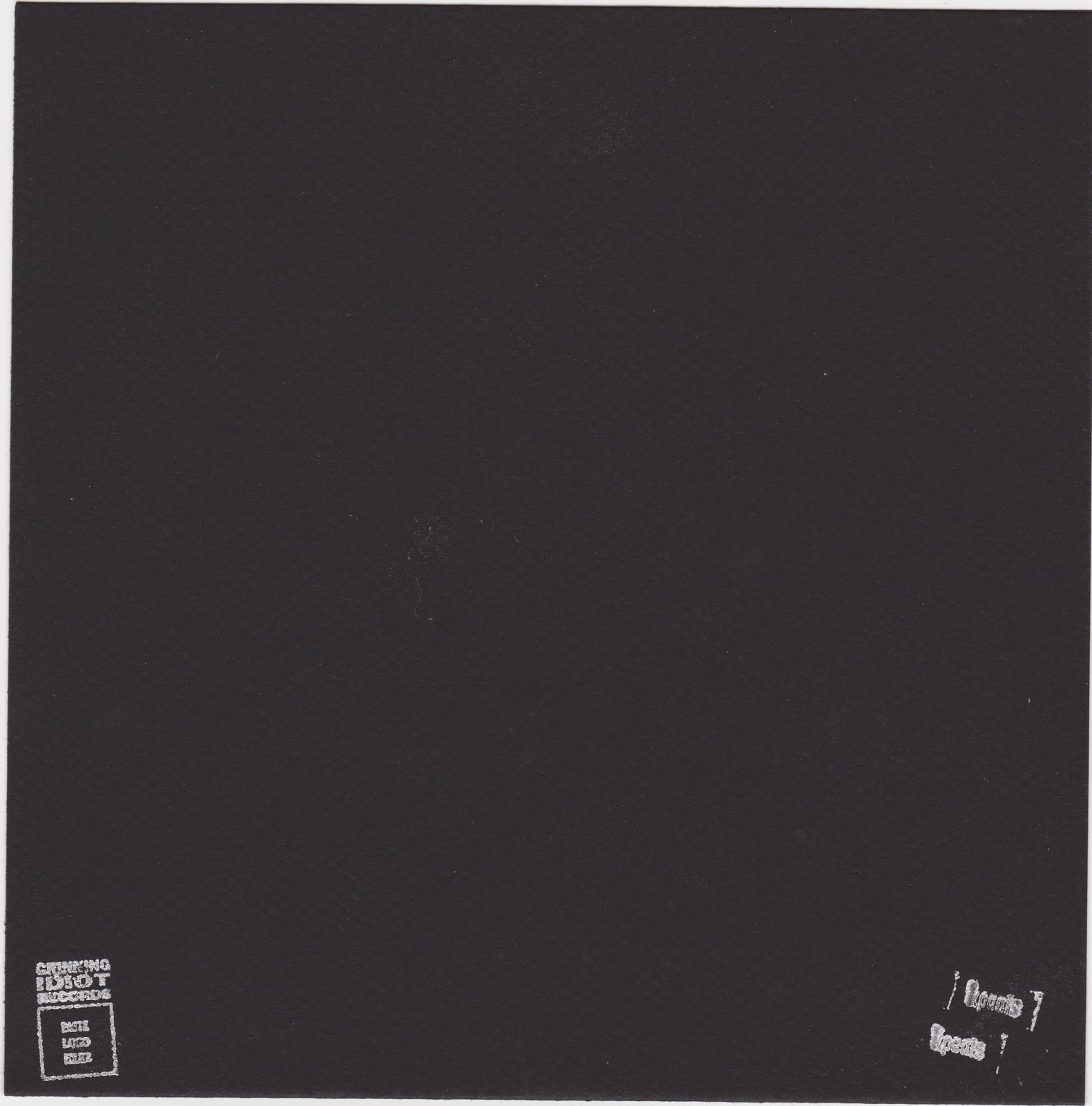 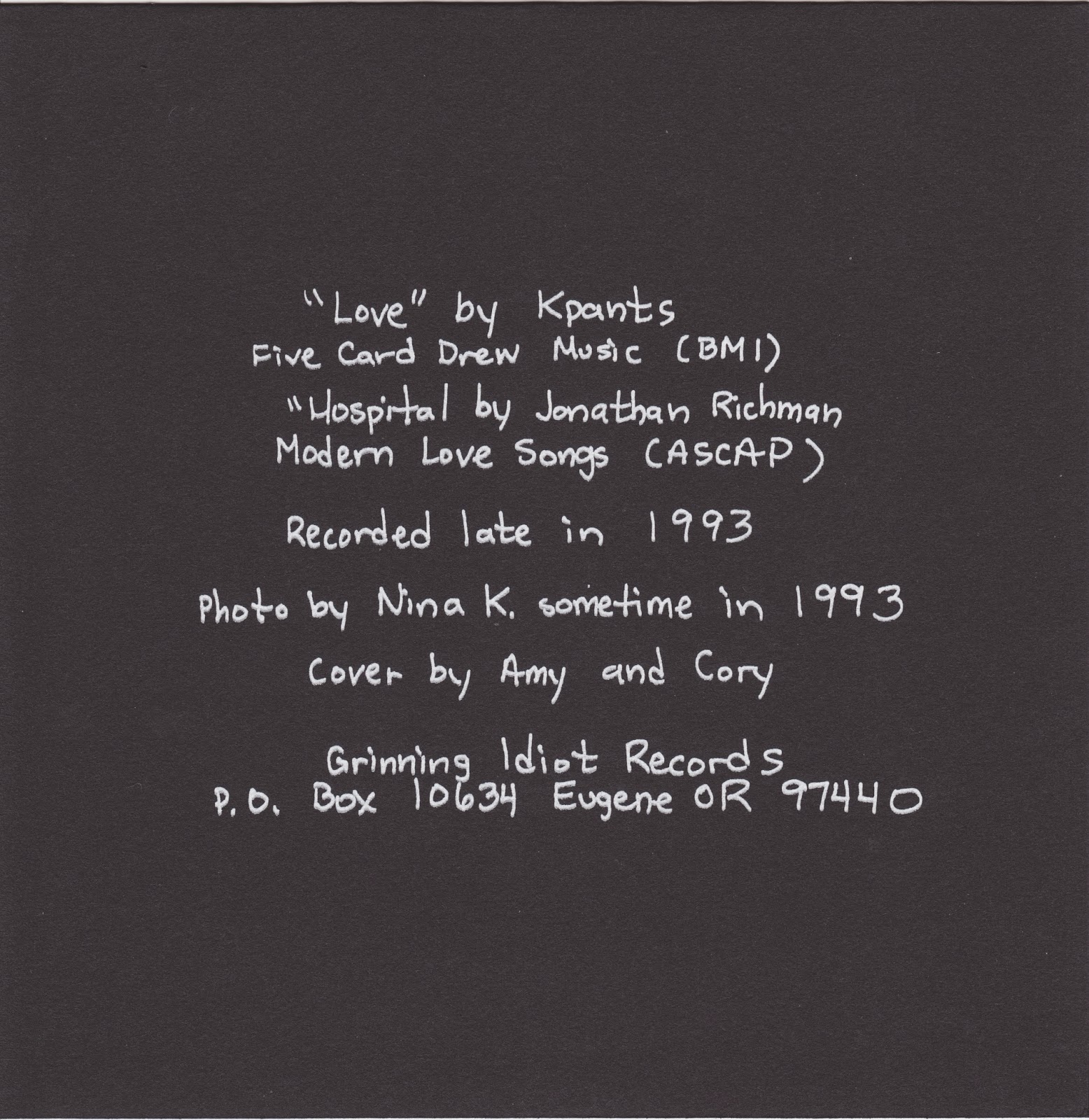 8. Bookworm (Live, originally appeared on one of the "Night at the X-Ray" cassette comps) 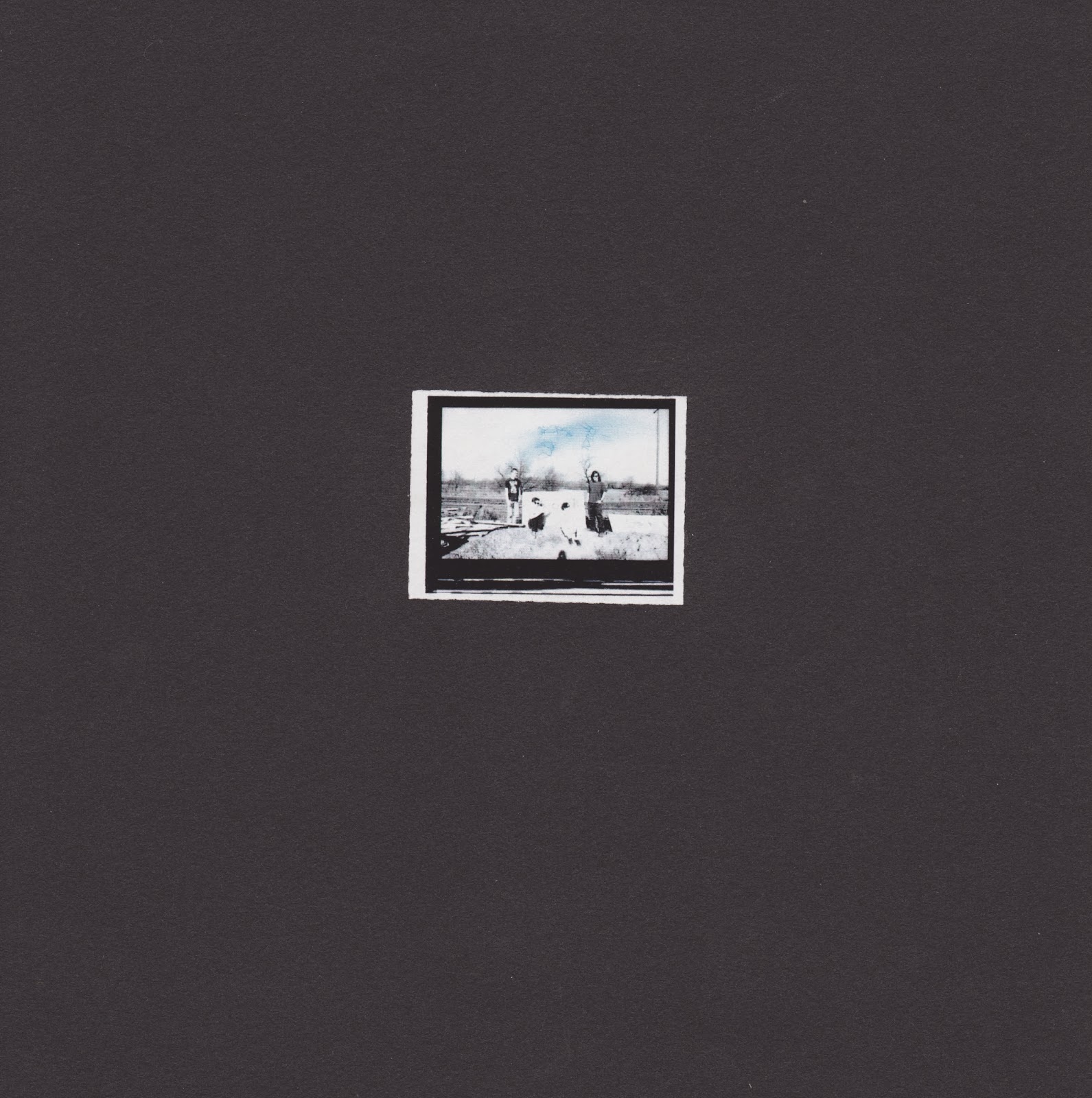 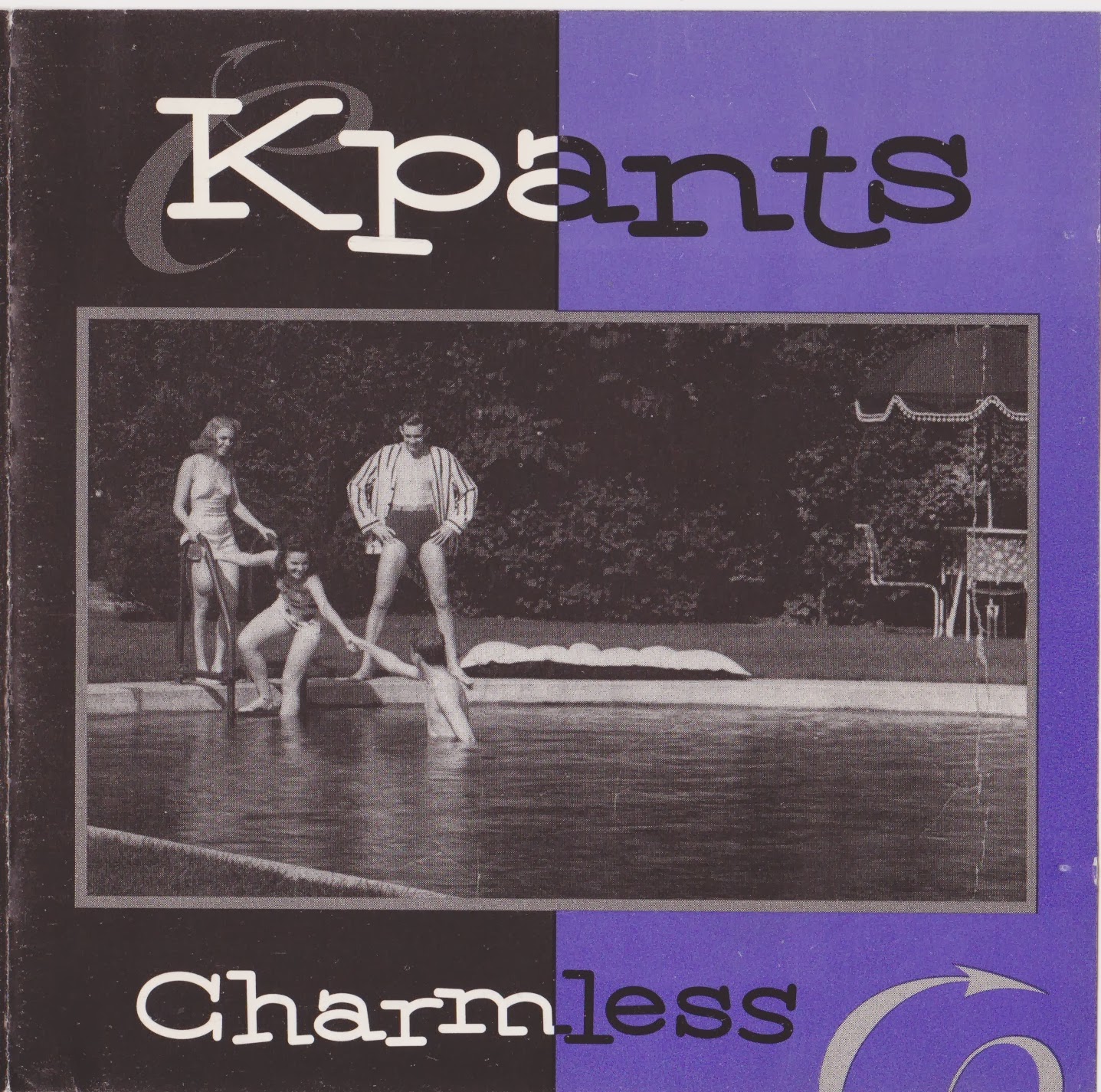 The first cd came to us courtesy of Grinning Idiot Records back in 1994. This release followed the first single "Not Kind" from 1993. 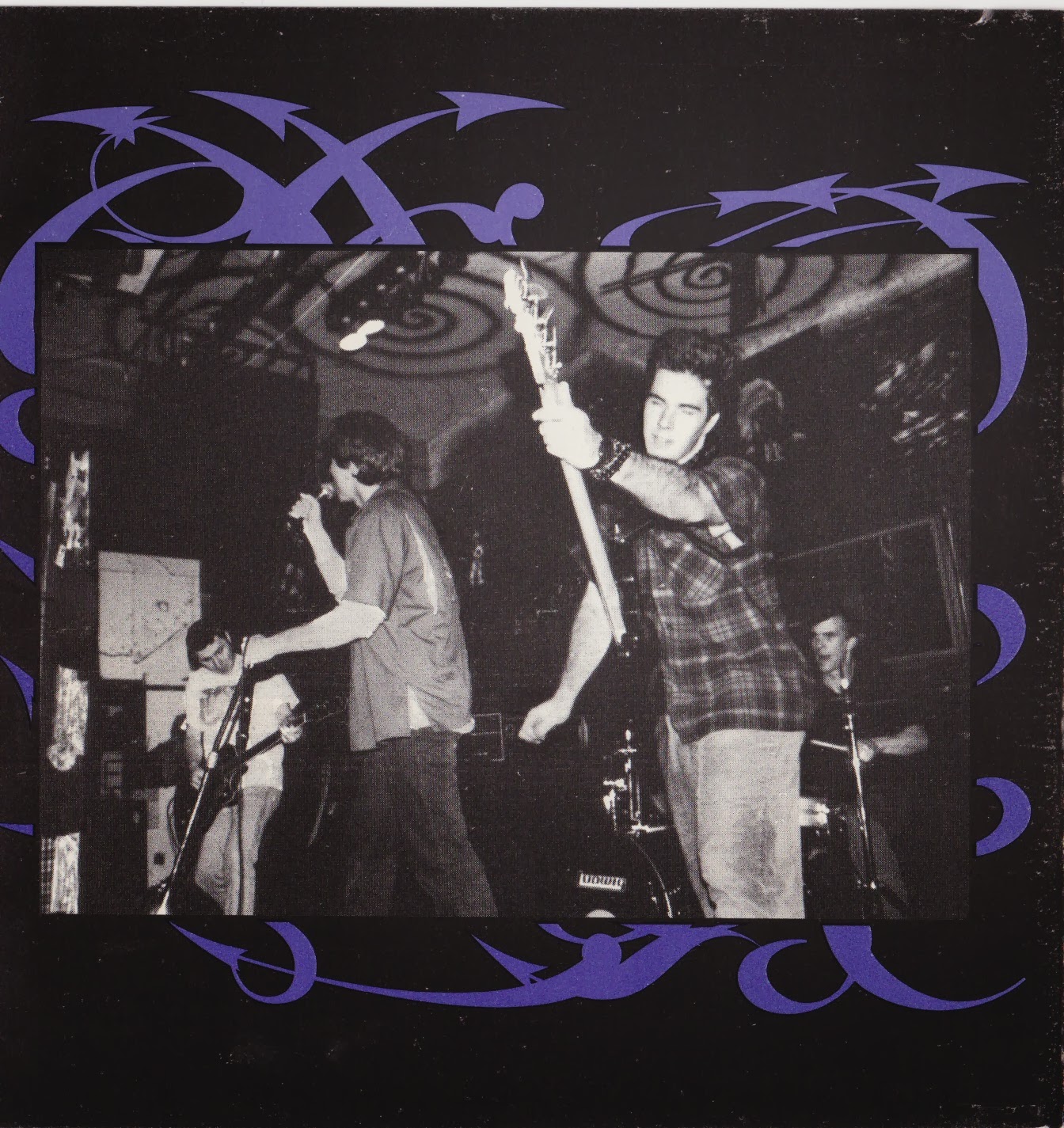 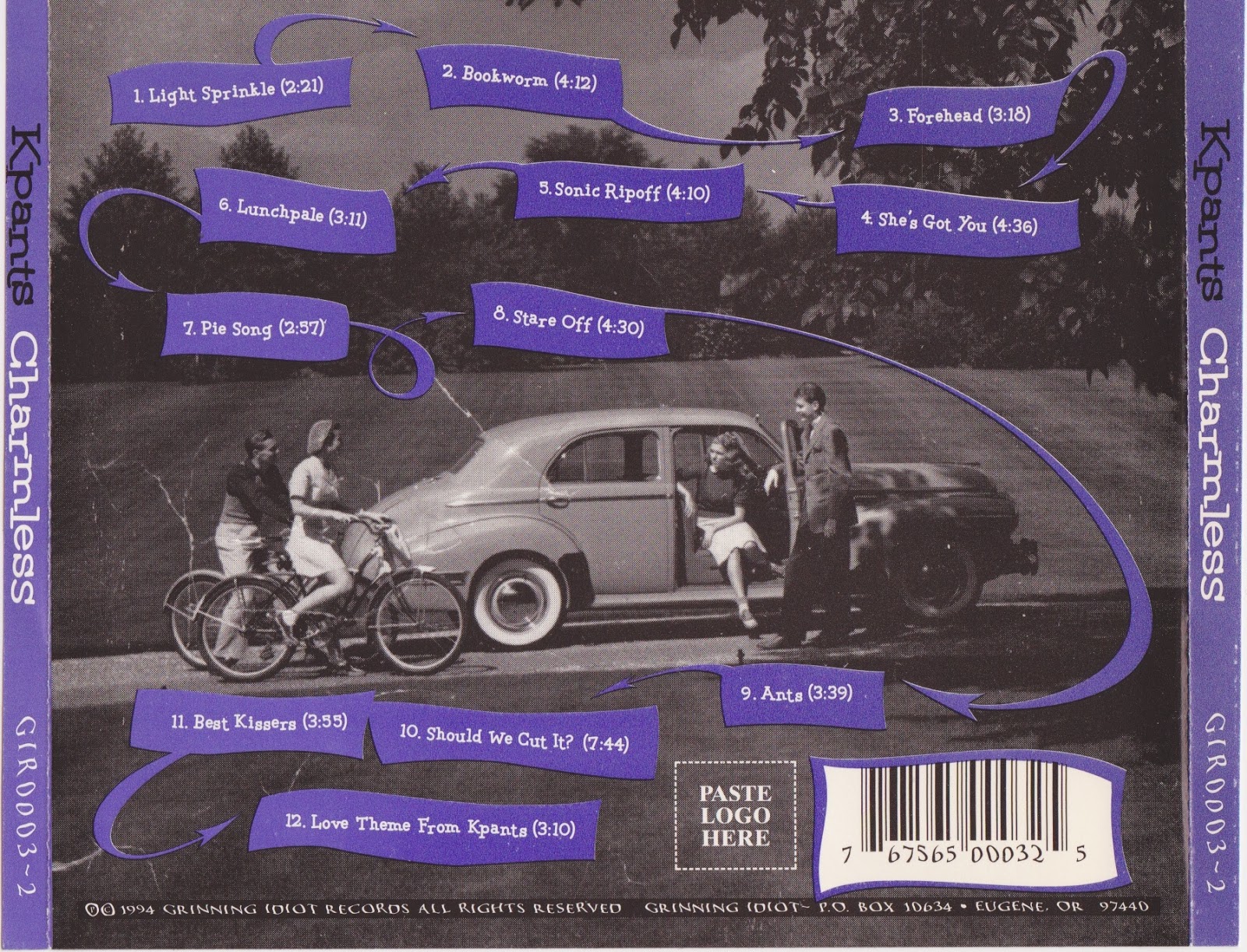 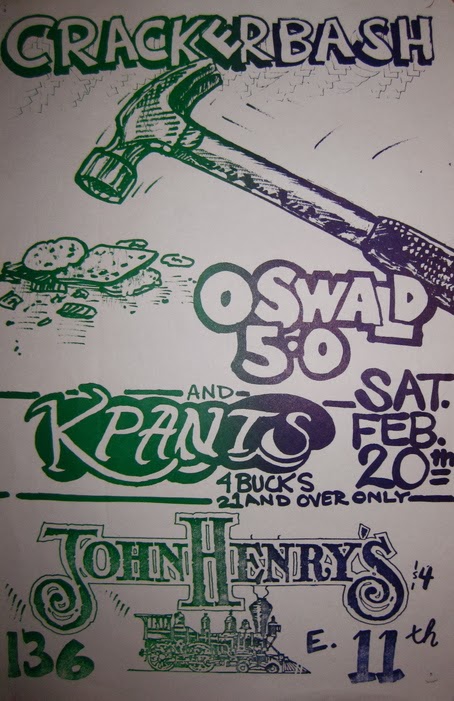 Austin had left the band by this point and Kpants were never really able to permanently settle on another drummer. Jivan was in the band at this point, not sure how long he was around for. Adam Glogauer played a few shows with them and I know there was one other drummer who quit the band citing Cory's lack of professionalism for eating a plate of spaghetti on stage during the set. If the guy had a problem with behavior like that he was clearly in the wrong band. I recall Cory being late to the band's last show because he was cleaning his bathroom. 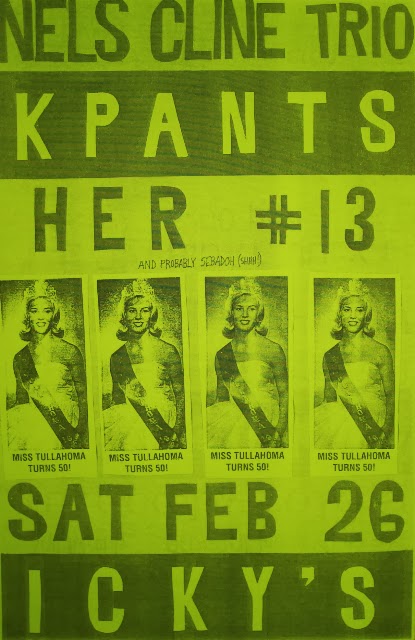 
1.  Ask Any Moron
2. Friendly Approach
3. The Lights Turned Down Low
4. Succor's Gesture
5. The Charmer
6. Just Play Along
7. Don't Do the Spider (originally released on the Crave Dog Records "Can't Stand the Smell cd comp.)
8. I'm In Your Shirt
9. Against Me
10. Wrist Rocket
11. Hooray For Everything

COMING SOON ON VINYL PROPERLY MIXED FOR THE FIRST TIME, SERIOUSLY, NOT SHITTING YOU!

I'll add additional photos and possibly some video and live material too depending on what I can get the band to cough up.
Posted by Here's another thing I haven't listened to in 20 years... at 2:09 AM 2 comments